The design of the “palace of Art”, formerly the “Nile Gallery”, is attributed to Moustapha Fahmy, a prominent Egyptian architect in the beginnings of the century. The gallery design followed the New-Classical approach, where principles of classicism amounted to form the basic order of the building, to be then veneered by a skin of facades giving an expression that pays formal respect to local and cultural references. M. Fahmy archetyped in his buildings’ facades a variety of references reflecting his personal preferences: i.e. Islamic, Pharonic and modern expression.


The Nile Gallery was part of a grand exhibition and fairground and was transformed into an art gallery in the late 60s. It then continued as such till the 1992 earthquake hit Egypt damaging the building seriously and causing its closure. Taking advantage of the national program for post-earthquake reconstruction, the ministry of culture announced a limited bid for the reconstruction of the gallery. 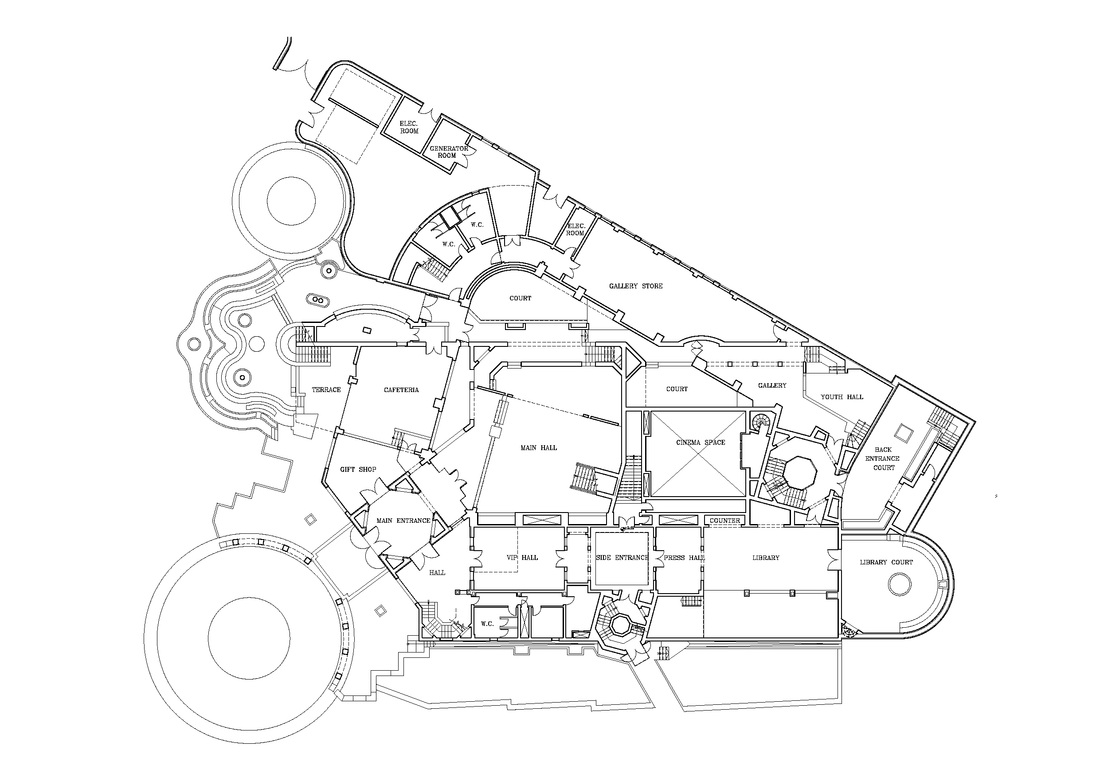 Design philosophy: Our scheme won the award on these grounds:


i) Contextually: The scheme suggested that the decisions of preservation, demolition, or reconstruction should be based on historical, and cultural references and not only on structural and safety considerations.

ii) Programmatically: The program for the scheme included the fundamental requirements of the gallery, while redefining the place of art in the context of the emerging Egyptian society.

iii) Design/construction: A new and innovative design language provided the spatial framework for reconstruction. The emerging space recaptured the essence of authentic spatial archetypes (Al-Qa’a); re-introduced natural light as the age-old maker of Egyptian art; and provided references linking the new gallery to its origins. 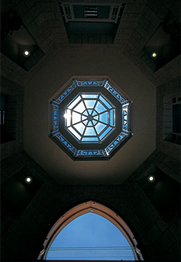 Expression and imagery: The finalization of the design process and the forming of the expression are the product of two intersecting activities:

i) An intellectual and internal activity of the designer where all the different forces are synthesized and resolved in an overall geometrical order. This order is generated around a series of centers, each generating a field of relations capable of energizing a space or a series of spaces.

ii) Gradual and incremental adjuncts of volumes and spaces are carried out throughout the design and construction process, a dialogue in which the participation of other designers, builders, client, operators and community is sought and encapsulated.

The final elevations are a product of these processes.

Operation and activities: Since it’s opening the gallery hosted a variety of shows and exhibits. Yet the most remarked is the public and community reaction to the gallery. This can be illustrated on three levels:

i) Pre-opening and opening ceremonies:

b) Daily and departmental operation.